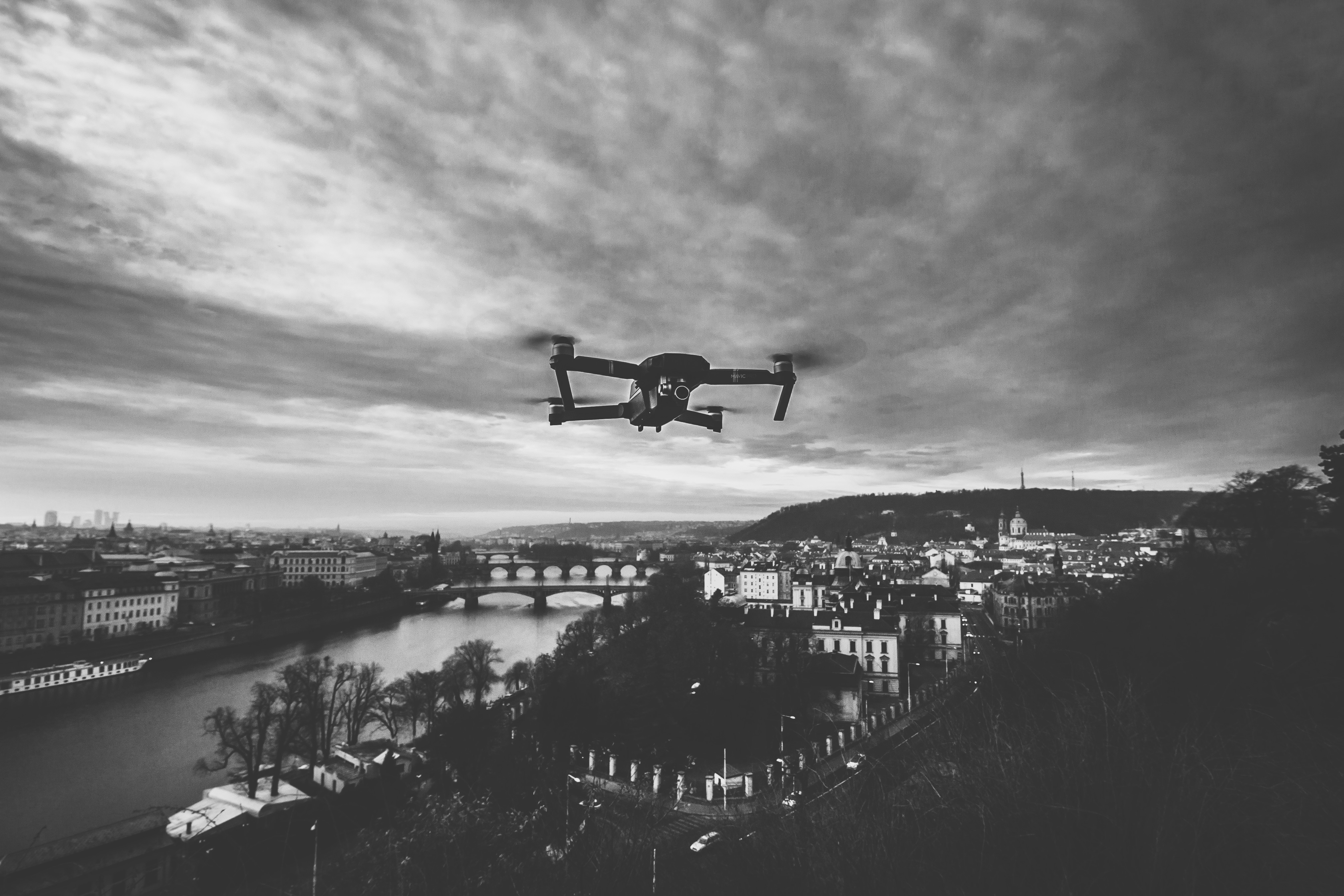 Photo by Jaromír Kavan on Unsplash

Cobblestone rolled under his stumbling feet like tiny hills. The night air was still and bathed in thick humidity. Blue light from a late-night gelateria washed his skin with a welcoming glow, but Xiang was searching for something salty, something to satisfy his boozy stupor. Squinting through his glasses, he followed the augmented pathway down a darkened alley toward—hopefully—another night market or square that would be bustling with tourists and snacks.

A familiar buzz began behind him: the hum and whirl of rotors. It got louder and louder, quickly passing over his head. A drone. What kind of knob uses a drone at midnight, Xiang thought. The drone spun around near the end of the alley and began speeding toward him. Closer and closer it whizzed toward Xiang. Concerned, he looked over his shoulder, and back to the drone. It wasn’t stopping. He tapped the side of his glasses to identify the drone. Nothing. It was aiming for Xiang—getting closer. Xiang braced himself and ducked. It stopped—hovering half a metre from his head. Xiang could feel the thrust of the rotors, like knives spinning just an arms length from his face. A speaker on the drone shouted,

Confused, his hands still guarding his face, Xiang barked, “what?!” The drone paused for a moment, it beeped

“Put valuables on ground and walk away!”

Xiang couldn’t believe it. “You’ve gotta be kidding me.” He stood for a moment with an annoyed look on his face before turning around to walk back toward the gelateria. The drone buzzed over his head, just grazing his hair.

“Give your valuables or we will kill you!” The speaker on the drone shouted. The drone spun around and made another attempt at Xiang’s head. He ducked, but this time the drone dropped charges. Loud snaps of gun powder popped around Xiang’s ankles. Dancing in pain, he looked down in disbelief to see abrasions on his legs from metal scrap in the charges. Clever bastards. The drone spun back, and shouted, “Put valuables on ground!”

This time Xiang obeyed, dropping his phone and wallet. He ran back toward the gelato shop as the drone collected his belongings and whizzed away. “I just got mugged by a drone!” The shop owner looked puzzled, “Gelato?”

The heavy glass doors slid open—whoosh—the only sound in the hallway besides their footsteps. From ear to ear, a man smiled, though forced…

Get ready to meme! I want every little aspect of his performance contrasted with the sentiment. Adjust the algo for full sarcasm.

Over the past several weeks we have observed the brutal killings of Blacks and people of colour in the United States including, but not lim…